On Wednesday 18th March 2015, George Osborne will deliver his last Budget statement as Chancellor of the Exchequer in this Parliament.

The contents of the Budget are a closely guarded secret, and so nobody can say with any certainty what it might contain. 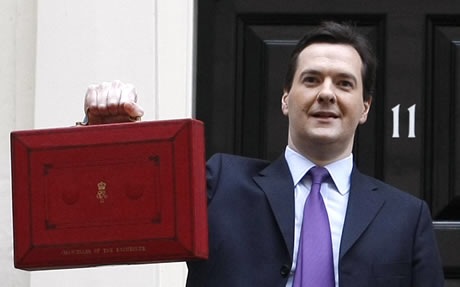 But we can speculate and we can also say what we’d like to see in it.

In the last few years, the Chancellor has used the Autumn Statement and the Budget to announce a series of fiscal and other measures aimed at creating the optimal environment for shale gas development to take root here.

We don’t anticipate seeing anything significant for onshore oil and gas in this Budget, other than perhaps an announcement about the creation of a new Enterprise Zone in the North of England. Concessions for North Sea oil are more likely to dominate this time around in order to try and counter the effects of the global slump in the price of oil.

As the trade association that exists to advance the interests of British SMEs in the onshore oil and gas supply chain, we’d like to see the introduction of measures that specifically support smaller companies.

Now marks the last opportunity of this Government to set the stage for supply chain SMEs to play a big role in making shale gas, and other forms of energy extraction, a British success story – for who knows what priorities the next Government will have after the General Election on 7th May?

Here’s what the Chancellor could do in the Budget:

Firstly, SMEs need help accessing finance. If shale gas development does gather pace in the next few years, new drilling rigs will be needed, built to the exacting European and UK safety standards – but these are very expensive, typically costing around $25m each. Investors are wary of lending these sorts of sums right now, and whilst it’s too  early to describe the situation as a market failure, it does mean British drilling companies are at a distinct disadvantage, paving the way for overseas firms with existing drilling rigs to land this work instead.

The Chancellor could help in a number of ways, for instance by introducing a sector-specific Government backed loan guarantee scheme.

Secondly, SMEs need the ability to recruit ahead of the curve, but can’t shoulder the all the additional costs of employment right now whilst there’s a relative paucity of work. And yet there’s a pressing need to start increasing headcount and up-skilling people right now – if British SMEs aren’t able to do so, it’s inevitable that operators and their investors will will end up importing skilled workers from abroad instead and once that precedent has been set, it will be hard to convince them to row back from that position.

The Chancellor could give some consideration to providing funding support for the costs of training, reducing the immediate burden for SMEs and freeing up cash to spend on wages.

And, thirdly, it’s important that the role of British SMEs in the future success of the emerging shale gas industry is acknowledged, whilst securing them a prominent place in the supply chain.

The Chancellor could help by linking the exploration tax breaks – already given to onshore operators – to British SME supply chain spend, in much the same way that tax breaks for North Sea operators are now dependent on the level of UK content.

What’s in it for the economy?

As our latest policy paper shows, British supply chain SMEs could contribute over £1.35 billion to the economy at the peak of shale gas development in 2024 alone.  That’s enough to pay for tens of thousands of doctors, nurses or teachers.

Between now and then, SMEs and their workforce could raise over £6 billion in employment taxes and taxes on business profits.

Support for SMEs now  will pay dividends for the economy in the future.

Like many others, we’ll be watching the Chancellor’s Budget with great interest – and keeping our fingers crossed for some good news for British onshore oil and gas supply chain SMEs.