Fracking: Cuadrilla gets backing for one site in Lancashire

Planning officers at Lancashire County Council have today recommended the approval of a planning application by Cuadrilla to drill and frack for shale gas at a site in Lancashire, but have recommended the refusal of similar plans at another nearby site.

Earlier today, planning officers at Lancashire County Council recommended that plans submitted by Cuadrilla to drill and frack for shale gas at a site at Preston New Road, Little Plumpton, should be approved next week when elected officials on the Development Control Committee (DCC) meet to consider this and another similar application for a site at nearby Roseacre Wood.

Officials have recommended that the application at Roseacre Wood be refused because of ongoing traffic concerns.

The much awaited news was greeted with disappointment by a small group of protestors outside County Hall in Lancashire.

Local businessman, Lee Petts, managing director at the environmental consultancy Remsol and chief executive of the Onshore Energy Services Group was also outside County Hall and gave his reaction. 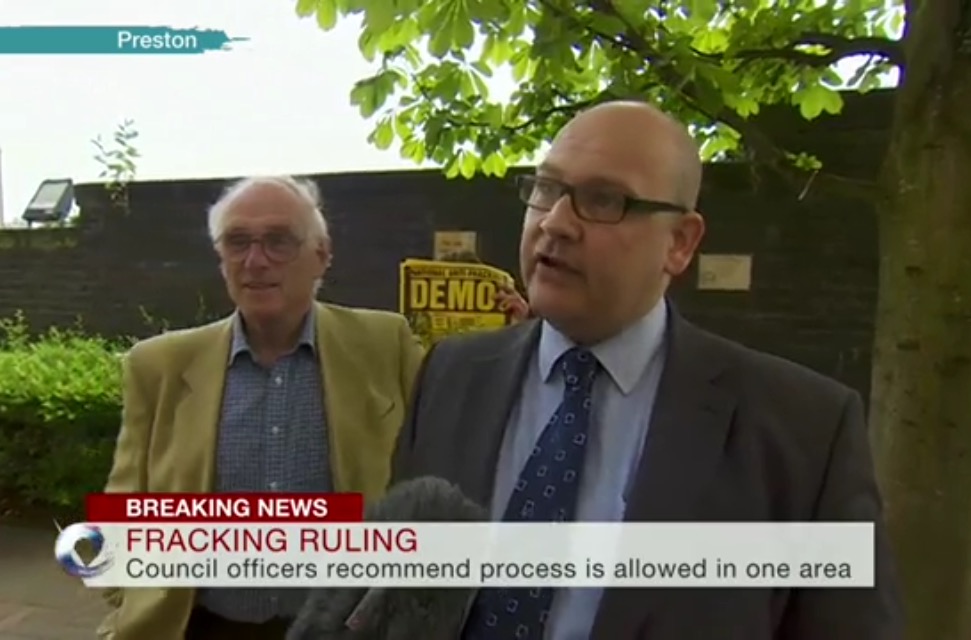 He said: “I’m pleased to see that local officers have made a local decision. I think it’s disappointing that they’ve recommended approval for one site but not the other, but, having said that, I think it demonstrates that the council have been very cautious in their approach to this, which is to be welcomed.

“I think, as well, it demonstrates that local democracy is working here.  The officers have looked at the implications and they’e said ‘we don’t believe the traffic concerns can be mitigated effectively and so therefore we won’t recommend approval at the Roseacre Wood site.'”

The applications will now be considered by the DCC hearings at County Hall on 23rd and 24th June.