This week saw three days of planning hearings at which County Councillors on the Development Control Committee in Lancashire listened to campaigners and businesses make their cases in support of and against plans by Cuadrilla to drill and frack at two exploratory sites on the Fylde.  Lee Petts, chief executive of the Onshore Energy Services Group was there and spoke in favour of the plans.  Here’s what he had to say.

In support of plans to drill, hydraulically fracture, and test the flow of gas at Preston New Road (watch 04:41:51)

I’m Lee Petts, and I’m the managing director of a local SME called Remsol based here in Preston.  We are a multi-disciplinary environmental consultancy focused on helping people grow sustainable, resilient businesses. I also live in Lancashire with my family, which I think it’s important to recognise.

During my twenty year career managing environmental risk, I’ve worked extensively with the hazard industries such as downstream oil and gas, chemicals and pharmaceuticals, and have developed a broad range of experience and expertise that’s relevant to this topic.

Before I talk about fracking, I’d first, if I may, like to talk about mobile phones because there’s a very interesting parallel.

According to the latest published data, 93% of the UK adult population owns a mobile phone, with 61% of us owning a smart phone.  Mobile phone industry revenue in 2013 was over £38 billion, with more than 200,000 people dependent on the sector for jobs. Mobile phones have enabled us to communicate in ways we hadn’t previously imagined.  In fact, they have arguably characterised the debate about shale gas given the way in which smartphones have been used to share information on social media, including today.  But most importantly they have vastly improved disaster response and access to emergency services, undoubtedly saving many lives in the process.

But as recently as 2006, which some Committee members may recall, groups around the UK were still campaigning against the erection of mobile phone masts, citing a range of health complaints such as nosebleeds, skin rashes, headaches, nausea and cancer – even in the face of overwhelming scientific evidence to the contrary produced by bodies such as the World Health Organisation.

Fast forward to today, and mobile masts are ubiquitous but the predicted health impacts haven’t materialised.

The opposition to mobile phone masts was, I believe, in all likelihood a result of a natural human trait that sees us fear the new and unknown.  It’s very easy under those circumstances for fears to be amplified and to gain a momentum of their own, especially when we hear others reporting them back to us – something I have seen time and again in relation to landfill sites and waste incinerators.

In the case of shale gas and fracking, I believe the same is true.  For many of the people in this debate, and that are minded to oppose shale development, I imagine it’s the first time they’ve ever really considered where energy comes from, or encountered the processes of creating it.  What was before distant and abstract is suddenly coming to a field near them.  People understandably don’t like the idea of a new energy development near their homes.

If we’d listened too closely to what have since been shown to be inaccurate fears about mobile masts, that were also new to our towns and villages, our economy would be poorer, those tens of thousands of jobs wouldn’t be there and we’d have missed out on the many societal gains that mobile communications are undoubtedly responsible for.

It will be a missed opportunity for Lancashire if we allow safe and responsible shale gas development to fall at the first hurdle based on fears that I genuinely believe are unlikely to be realised.  Just like it will be a mistake to allow unproven fears about the health impacts of low frequency noise from wind turbines to restrict growth in renewables.

Two decades of relevant experience tells me that the activity of exploring for shale gas can be carried out safely, is very well regulated and that the environmental risks are no greater than many of the other industrial processes we take for granted and that already co-exist with Fylde agriculture and tourism.

I wouldn’t support it if I thought otherwise.

I strongly urge the Committee to consider the application on its merits, to accept the recommendation of its professional planning officers, and to give shale gas a chance so that other local SMEs can perhaps one day benefit from work in the supply chain just like my company already has in the last few years working with Cuadrilla.

In support of plans to drill, hydraulically fracture, and test the flow of gas at Roseacre Wood (watch 03:48:11)

Good afternoon everybody, and thanks for hearing me again ladies and gentlemen.

I welcome the Officer’s report insofar as it has considered the environmental and public health risks associated with the processes of drilling, fracking and flow testing, and has concluded that they do not constitute a sustainable reason for refusing this application.

It is clear, however, that traffic impacts are a lingering concern and it is true that the site is less accessible than the proposed site at Preston New Road.  Residents also continue to express fears about traffic impacts on narrow roads – talking to them here this week, the worry among some of them is palpable.

I’m very familiar with the locale: it will surprise some to know that I had horse riding lessons in Elswick many years ago, and have tacked around the area myself.  I’m also a regular visitor to the fabulous Bonds ice cream parlour with my family. And I regularly see those roads comfortably accommodating large agricultural plant and machinery, goods vehicles collecting farm produce, milk tankers, and tankers delivering domestic heating oil and LPG to homes without a gas connection.

If the road network can cope with those vehicle movements, I personally see no reason to feel that they would be unable to cope with the traffic associated with the proposal which is short term in nature and will not be constant but arise in peaks.

The roads around the site at Becconsall are materially similar, but they were able to tolerate the additional journeys created by the construction and drilling activities there, as were roads around Preese Hall.  And there were no overturned lorries or spills either.

In fact, a review of Lancashire County Council and Department for Transport statistics reveals that there was no material increase in road traffic collisions resulting in fatalities or serious injuries during that time when those earlier sites were operational.

Now, I suspect that fears about HGV movements have grown because residents have no point of reference by which to judge the likely impacts for themselves other than the applications themselves and the TV images of vehicles queuing to access sites like Barton Moss: it’s important to note that it only looked like that because of protestor activity that led to vehicles bunching as they tried to enter the site.

Now, this is perhaps the sort of anxiety we heard this morning can contribute to a reduction in mental health wellbeing.  It was suggested that Fylde already experiences a significant problem, but data from the Clinical Commissioning Group doesn’t bear that out.  It shows that the prevalence of depression and anxiety across Fylde and Wyre in 2014 was 13.30% compared to an England average of 11.95%.  Blackpool, however, was 18.91%. Psychologist Steve Pope has previously suggested this may be linked to the poverty and deprivation suffered there.  Those of us that are pro-shale seriously hope that a successful shale gas industry could contribute to improving that.

In the same way that we all get anxious before speaking in public but later wonder why we were ever so worried about it, I think the same will be true for Fylde residents once they’ve seen this in action for themselves.  Further exploration, on a modest scale, would afford them that chance.

It would be wrong of me to now ask the Committee to reject the excellent recommendations of its Chief Planning Officer after urging them to accept his report for the Preston New Road site. But I would just ask that my comments on road access, in context, be considered thoroughly before a decision is reached.

Finally, I’d also like to reflect on the issue of regulatory oversight as someone that’s worked in the environmental sector for some years: other countries look to Britain as an exemplar when it comes to health, safety and environmental regulation.  Far from causing confusion, having multiple regulatory agencies actually introduces more checks and balances and has been shown to work satisfactorily for decades across many industries.  In my view, bundling those regulatory roles into a single agency would do more harm than good by removing layers of protection. 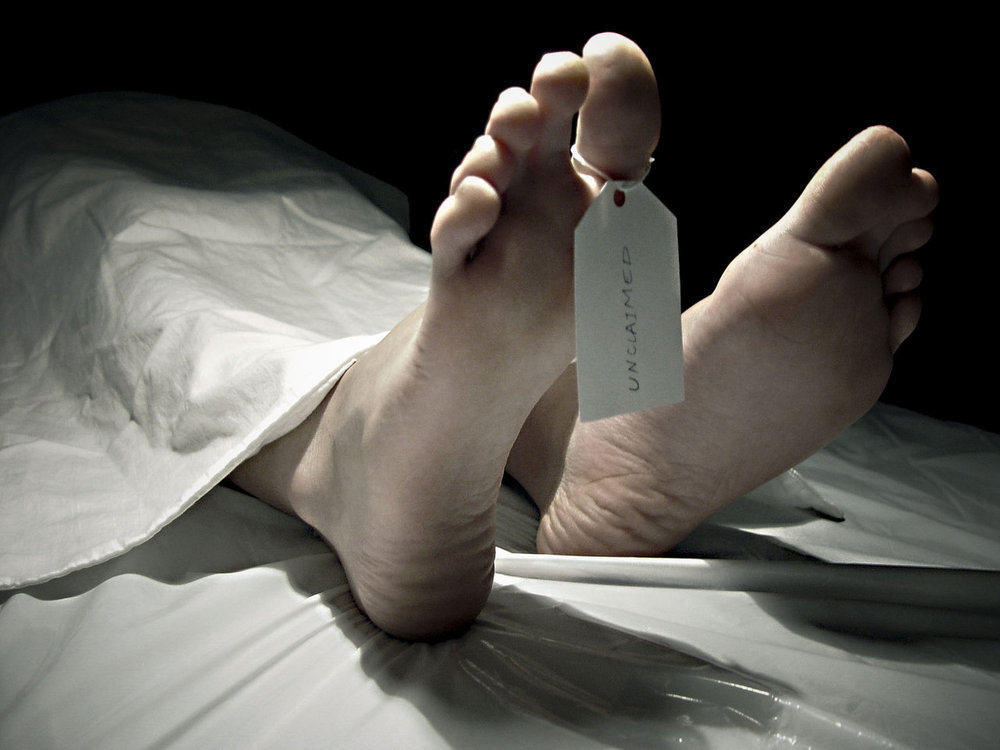 After 3 days of hearings, a decision concerning proposals at the Preston New Road site was deferred until Monday 29th June after a motion to refuse planning permission was narrowly defeated with 7 votes in favour, 7 against and 1 abstention.  The Chairman, Cllr Munsif Dad, used his casting vote to defeat the motion.  Council Officers were clear and unambiguous that there were no sustainable grounds for refusal, and independent legal advice sought on behalf of Members appeared to bear this out, but was disputed by Cllr Paul Hayhurst (Independent) who voiced concerns about visual impact and changes to the landscape and character of the area.  Mr Hayhurst also appeared to dismiss the economic woes faced by Blackpool residents and implied that the evidence submitted by supporters of the plans was somehow tainted by commercial interests when he said “I’ve heard a lot about jobs, and we heard that Blackpool’s problems, et cetera, et cetera, et cetera, and by people who have basically been promised contracts in the main from Cuadrilla […]” (watch it here from 01:57:24).

The proposals for Roseacre Wood were considered, and as expected, lingering concerns about potential traffic impacts continued to weigh heavily.  Members voted unanimously to refuse planning permission for drilling, hydraulic fracturing and flow testing at this site.  A linked proposal to install an array of seismic and groundwater monitoring stations at 80 locations was approved.

To many members of the public that attended, and businesses appearing to speak in favour of the proposals, it was probably the first time they’ve participated in council proceedings of this nature, and the process was no doubt baffling for many of them – particularly the constant adjournments during which Members were provided with legal advice in private.  The delays relating to the Preston New Road development were particularly frustrating for all concerned.

Looking ahead to Monday 29th June, it’s impossible to predict the outcome with any certainty.  We can only hope that Members on the Development Control Committee, having had additional time to reflect on the recommendations of their professional planning Officers and the legal advice received, vote to approve the plans so that a small amount of additional test drilling can take place.

Previous PostFylde Independent outspent nearest rival by over 2,000% Next PostGuest blog: a bluffer's guide to EIA
Logging In...