A review of election expenses reveals that Mike Hill, Independent parliamentary candidate for the Fylde, outspent his nearest rival by 2,766% to win fourth place in the General Election. 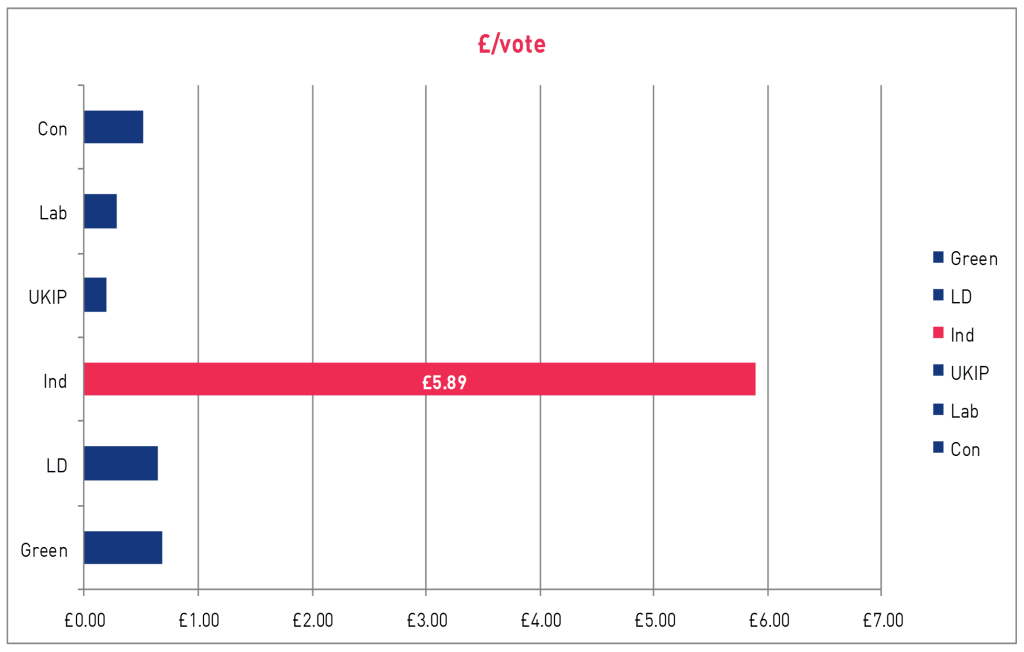 The returns, held by Fylde Borough Council and available for public inspection, show that Mike Hill’s campaign election costs totalled £30,409.18 compared to just £1,061.00 spent by the UKIP candidate Paul White who polled ahead of him in third place.

For the other candidates that polled over a thousand votes, the cost of acquiring those votes averaged just £0.47 each compared to an eye-watering £5.89 for the Independent candidate.

According to this guidance available from the Electoral Commission, the amount a candidate can spend on his or her election campaign is restricted during the Regulated Period.  The Regulated Period for a UK Parliamentary general election is divided into two periods: the ‘long campaign’ and the ‘short campaign’.  Each period has its own spending limit which consists of a fixed amount and then a variable top-up dependent on the number of registered voters in the constituency.

Mr Hill significantly outspent all other Fylde candidates in both the long and short campaign periods.

This review of campaign spending provides a fascinating insight into the resources available to some of the groups and individuals opposed to fracking.

Often presented as a poorly funded David battling against a deep-pocketed Goliath, it shows that in some cases, David may actually be an altogether better financed force than many realise.

This is in stark contrast with the many British supply chain SMEs that have been supporting the sector in the last few years, but that have seen their revenues and cashflow disproportionately hit by continuing delays, putting jobs and investment at risk. 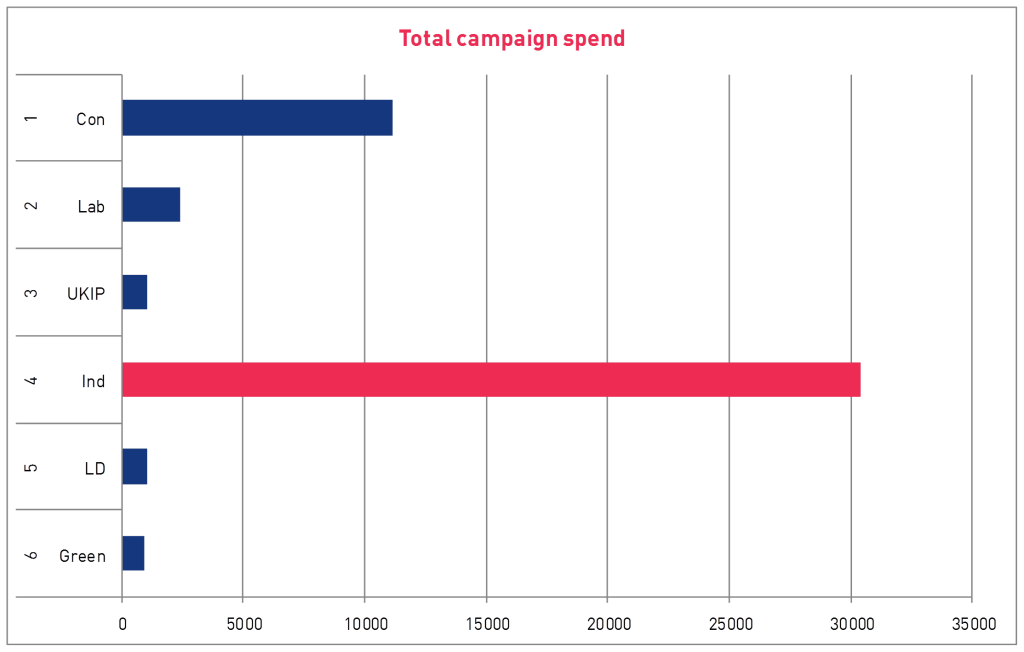