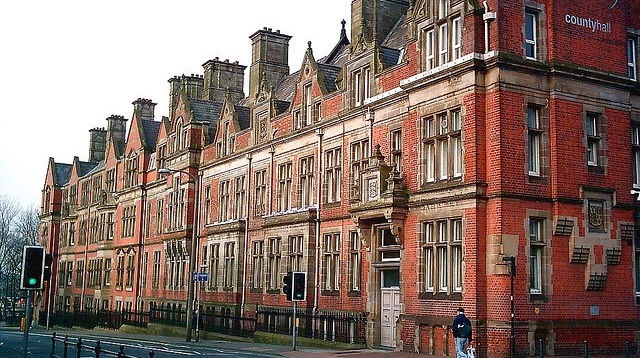 On Monday 15th June, planning officers in Lancashire are expected to publish their latest recommendations in respect of two shale gas planning applications submitted by Cuadrilla Resources in 2014.

There are three potential outcomes, all of which will alter the course of shale gas exploration in Lancashire.

1. Recommendation to approve both applications;

2. Recommendation to approve one application, not both;

3. Recommendation to refuse both applications.

Here, we take a look at the implications.

Recommendation to approve both applications.

In January 2015, council officers recommended the refusal of both applications submitted by Cuadrilla Resources for exploratory drilling at Preston New Road and Roseacre Wood.

However, the recommendation to refuse was based on very narrow grounds of night time noise at both locations and, at Roseacre Wood, traffic concerns.

Since then, Cuadrilla has submitted revised plans aimed at further mitigating these concerns. If they’ve done enough to satisfy national planning policy, applied at the local level, then it’s conceivable that officers could recommend both applications now be approved.

Recommendation to approve one application, but not both.

In attempting to mitigate the traffic concerns expressed by planning officers in January, Cuadrilla proposed an entirely new route for HGV traffic to reach the Roseacre Wood site.

The proposals were consulted on publicly, and Preston City Council recently objected – although the proposed new route is outside the City boundary, concerns were flagged that additional traffic could increase congestion around an already busy road junction where the A6 intersects with the M55 and M6 motorways.

Residents of the village of Woodplumpton, that would be affected by the new route, have also objected.

With this in mind, and assuming Cuadrilla has done enough to convince planners that night time noise can be sufficiently mitigated, then it’s very possible that officers may recommend approval at Preston New Road whilst refusing Roseacre Wood.

Recommendation to refuse both applications.

If Cuadrilla hasn’t done enough to satisfy planners that it can further limit night time noise at the two sites and overcome traffic concerns at Roseacre Wood, then it’s likely officers will recommend refusal.

Once the officers recommendations have been published, the Development Control Committee (DCC) will meet on 23rd and 24th June to consider the applications.

Despite all the talk about the national significance of these decisions, and pressure from activists planning to descend on Lancashire from all over the UK to try and sway opinion inside the council chambers, elected representatives on the DCC must focus on the applications before them.

It’s crucial that due process is followed, that national planning policy is applied (in the local context) and that the economic opportunities for Lancashire remain at the forefront of their considerations and deliberations.

If officers recommend approval of plans at both locations, and the DCC accepts this recommendation, it would pave the way for a total of 8 wells to be drilled, hydraulically fractured and flow tested over a period of approximately two years.

Approving a single application would naturally halve the number of exploratory wells Cuadrilla could drill, but given their intention to drill horizontally in different directions from each vertical bore, there’s still a good chance they could obtain the data they need even just from a single site.

Should county councillors on the DCC accept a recommendation to refuse both applications, there’s every chance it could spur Cuadrilla to appeal to the Secretary of State at the Department for Communities and Local Government (DCLG), in which case the decision would be taken out of local hands to be made centrally in Westminster.

Whatever happens next, it certainly won’t open the floodgates for shale gas extraction at scale.

If one or both applications are approved, it will begin the process of creating a small number of jobs in the supply chain required to undertake the construction of the site or sites, and to support the various drilling and extraction processes.

At this early stage of exploration, the number of any new jobs created will be limited given the very small scale of operations.

If gas can be made to flow in commercial quantities, opening up the prospect of shale gas development at scale, the supply chain opportunities will be substantial. Already, over 500 businesses have registered with Cuadrilla’s supply portal, hungry to benefit from future development.

Apart from the construction traffic, it’s likely that the most visible signs of shale gas activity in Lancashire will come in the form of protestors establishing camps – as has become the norm at onshore oil and gas sites in recent years, regardless of whether or not they target shale formations or plan to use hydraulic fracturing.

The proof of the pudding

Getting on with some more exploratory drilling in Lancashire will give Cuadrilla and its investment partners an opportunity to prove that they can be good neighbours, that shale gas can be extracted safely and responsibly, and that they will live up to their promises about creating local supply chain roles.

It will also help to establish how much of the gas thought to be trapped under Lancashire can be recovered successfully, and therefore start to answer some of those lingering questions about the future potential for shale gas to boost Lancashire’s economy.

Which is why the next few weeks are so important.