Much is made of the potential negative health impacts for communities living close to shale gas exploration sites where flaring may take place, but what are the facts?

Flaring – referred to in some quarters as ‘methane burn-off’ – is the act of burning unwanted natural gas under controlled conditions, at temperatures that exceed 800 degrees Celsius, converting over 98% of the methane present in the gas stream to carbon dioxide and water vapour.  It is used as a far safer and more environmentally responsible alternative to simply venting gas to the atmosphere.

Why is it necessary, and for how long?

When companies are exploring for natural gas, whether that’s in conventional traps, coal seams or shale rock, it is necessary to test the flow of gas continuously for a short period of about 90 days per well.

During this flow testing, there is not enough gas to warrant the expense and disruption of making a connection to the gas grid, but too much to be able to use it on site.   Operators are therefore faced with the need to discard this gas, which they could do either by venting directly to atmosphere or flaring.  Flaring is chosen because it is safer and better for the environment.

If an exploration well is put into service as a production well, flaring would only be used in emergencies and perhaps during any maintenance on the well.  It is not in the interest of operators to continuously burn the gas that they want to sell to us.

Will we see jets of naked flame from flaring?

No.  That design of flare, whilst common at refineries and offshore oil and gas platforms, won’t be permitted for use in onshore shale gas and other forms of energy extraction.

Instead, shielded ground flares will be used, where the combustion takes place inside a sleeve to reduce the visual and noise impacts of flaring, and to protect wildlife.  These are already common around the UK at closed and working landfill sites, like the one pictured here. 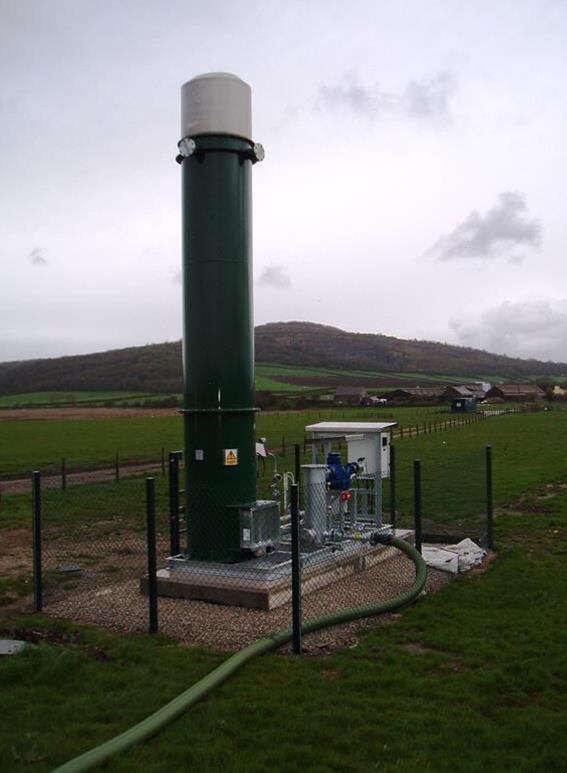 I’ve heard it said that people living near flares are at greater risk of getting cancer, is that true?

It has been claimed that there is a link between flaring at natural gas sites in the United States, and increased incidences of ill health in nearby communities.

Here in the UK, there are far fewer onshore oil and gas wells drilled every year – about 12 a year in the last 3 years – and therefore significantly less flaring than has been encountered in the United States where tens of thousands of wells are drilled annually.  That means we have fewer sites actively flaring natural gas that we can study.

But flaring does regularly take place at refinery sites around the UK, including at the Stanlow facility in Cheshire close to the village of Elton.

Are health outcomes worse in Elton as a result?  Not according to records compiled by Public Health England, which show that premature deaths caused by cancer were lower than the average across the rest of England.

In reality, burning natural gas in a flare is very similar to using gas on your hob, although there are obvious differences in scale and the level of control applied (for instance, you need an environmental permit to flare gas).

The key question, then, is this: if burning natural gas is linked to ill health, are you more or less likely to be impacted as a result of doing so in your kitchen, where you’re in much closer proximity and there’s less ventilation, or 300 metres away from an outdoor flare where there is vastly more natural ventilation and greater dispersal of combustion byproducts?

Previous PostTony Johnson: what's your story? Next PostThe Infrastructure Act 2015 and some of what it means
Logging In...