The British Prime Minister, David Cameron, yesterday (16th December 2014) backed shale gas development and insisted the Government is not subsidising the industry despite the introduction of a tax regime intended to encourage investment.

Appearing before the Liaison Committee of senior MPs, Mr Cameron was asked by Joan Whalley, the chair of the Environmental Audit Commitee, why the Government has chosen to subsidise shale gas and oil extraction. 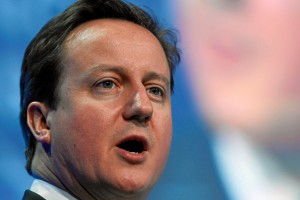 Mr Cameron told her: “We are not subsidising fracking with a guaranteed pence-per-kilowatt hour. What we are saying is, as we stand today there are no unconventional gas wells in Britain and yet the Bowland shale, some of the other shale reserves, have the potential to provide gas for this country maybe for as long as 30 years.

In a policy paper produced by the OESG, we called for the tax breaks announced in 2013 by the Chancellor of the Exchequer, George Osborne, to now be specifically linked to British SME supply chain content in a move intended to mirror a similar regime announced for the offshore oil and gas sector.

Smaller supply chain companies are much more likely to be based in the areas that play host to onshore shale gas development, and, as they’re also more likely to have to recruit in order to grow and meet increased demand for their products and services, it will be these SMEs that provide new employment and skills opportunities for people in their communities and contribute to the rewards emphasised by the Prime Minister.